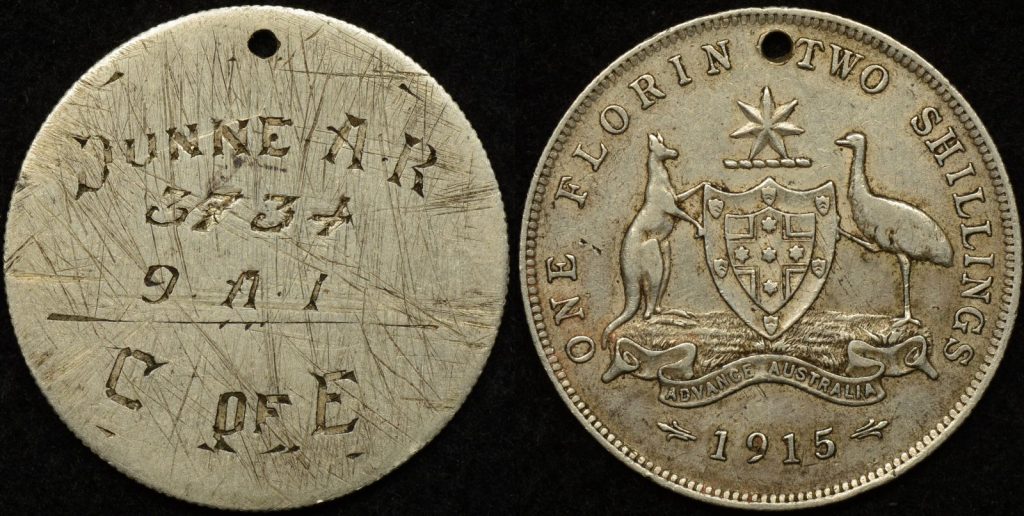 The skimmed side of the coin has numerous scratches, it is unclear is these were applied before or after the engraving.

Alexander Richard Dunne, a labourer of Emerald in Queensland enlisted on August 12, 1915 in Toowoomba, Queensland. He shipped out of Australia 30 December 1915 and arrived in Egypt in early 1916. In Egypt he was taken onto the strength of 44th Battery, 11th F.A.B. of the 4th Artillery Division as a driver. At some point he was transferred to France (the records are unclear) and in July 1916 he was admitted to hospital, and again in December of the same year with bronchitis. It seems his condition worsened as he was then shipped to England in January 1917 where it seems he remained sick for several weeks. In April 1917 he shipped out of Plymouth, England on the transport ship HMAT Barambah and returned to Australia. He was discharged from the 1st Military District (Queensland) in June 1917. 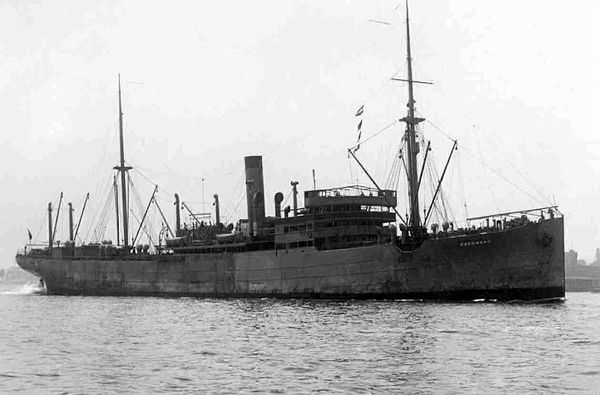 After the war Dunne applied for copies of his discharge papers once (lost in a fire), and his returned soldiers badge no less than three times! Apparently the first badge was lost in the same fire as his discharge papers in 1931, the replacement he was issued was then lost when he fell out of his boat fishing in 1937. Clearly he didn’t learn from this because he lost his second replacement badge in 1940, again while fishing. This time his request for a replacement badge was denied because (according to a letter in his records) “you have already been suppled with two (2) duplicate badges in addition to that issued on your discharge from the A.I.F.”. Clearly the Army thought Dunne had enough chances to take care of his badge.

Alexander Richard Dunne passed away on 5 August 1946 aged 64 and is buried in the Warren General Cemetery, Warren, NSW.