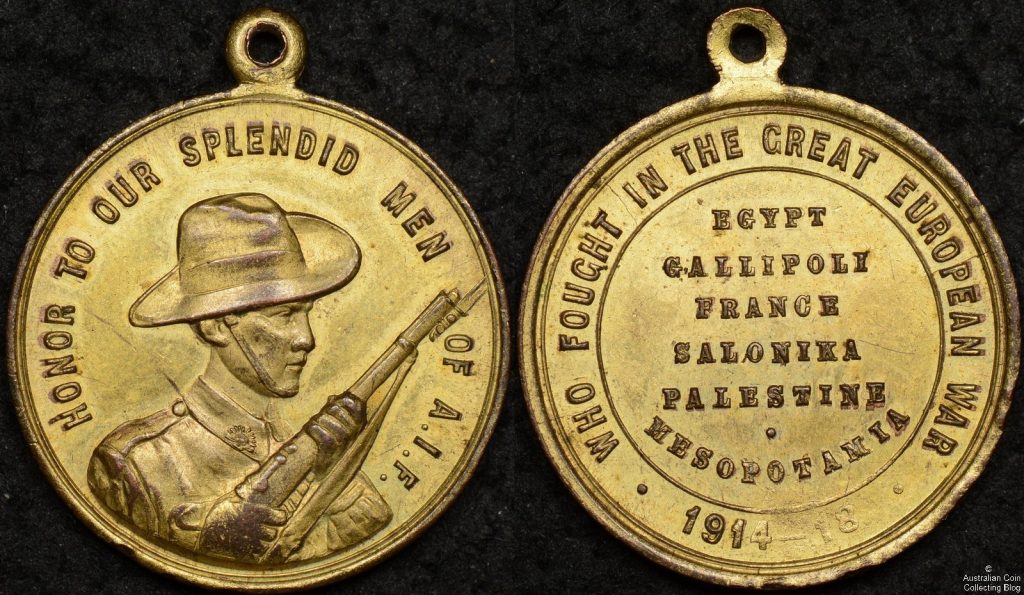 Catalogues by Carlisle as 1914-18/2 this 27mm gilded bronze medallion with suspension was minted by Stokes. 145,000 of the medallions were minted.

The obverse shows an AIF soldier holding a rifle and is wearing the Australian slouch hat. The obverse legend reads:

Honor to Our Splendid Men of the A.I.F.

The reverse shows a list of theatres the A.I.F. fought in during WW1 in a circle and around the list reads: