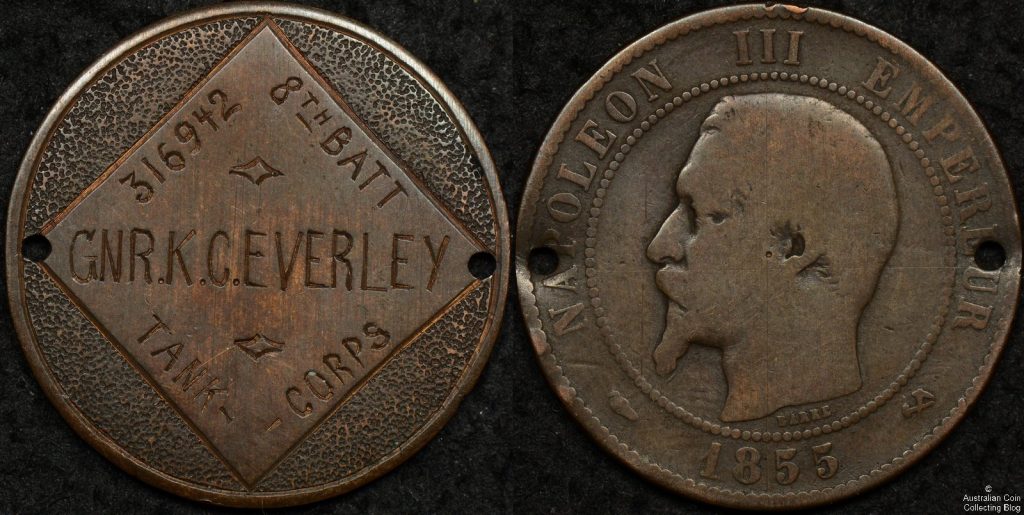 British records show a “Kenneth G. Everley”, service number 316942 served with the Tank Corps and received the Victory and British War medals at the conclusion of his service. We can only speculate if the difference in the second initial was due to a record keeping error or a mistake making this interesting ID Disc. However, several genealogy sites reference a Kenneth George Everley with the same service number so presumably the ID Disk was made incorrectly.