Both sides of the coin are worn almost flat, and the coin is holed with a chain through the hole. Obverse is stamped with: 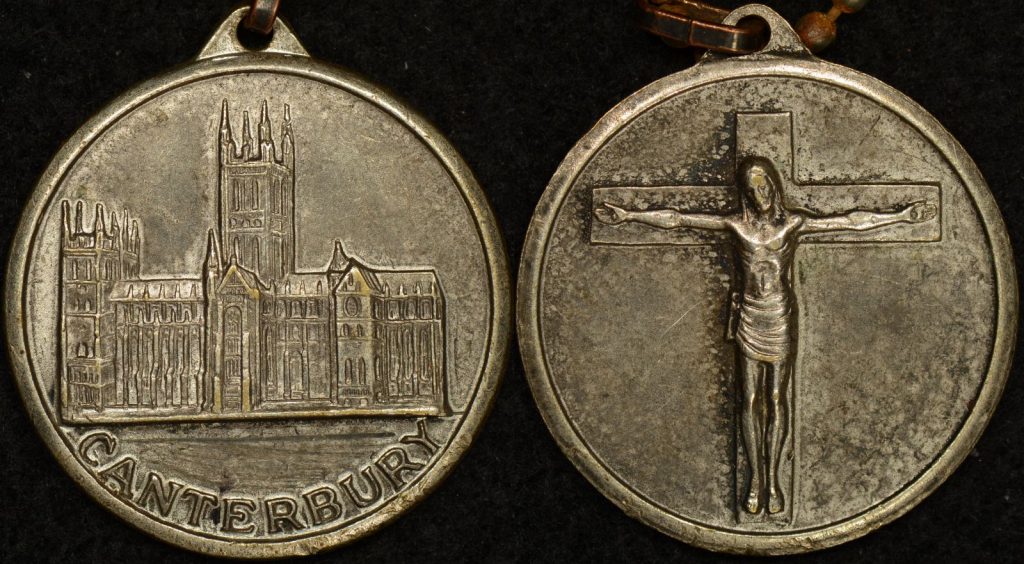 John Berry a Farmer from country Victoria enlisted on 16 February 1915 in Melbourne and was taken onto the strength of the 23rd Battallion, 6th Infantry Brigade AIF. He shipped out of Australia in 30 August 1915 and arrived in Alexandria in Egypt on 27 December 1915. John was taken to hospital on 19 January and tragically died of pneumonia on 29 January 1916. He was buried in the British Protestant Cemetery in Cairo, which is now known as the Cairo War Memorial Cemetery. The inscription on his grave reads:

EVER REMEMBERED BY HIS LOVING MOTHER AND FATHER MR. AND MRS. M. BERRY