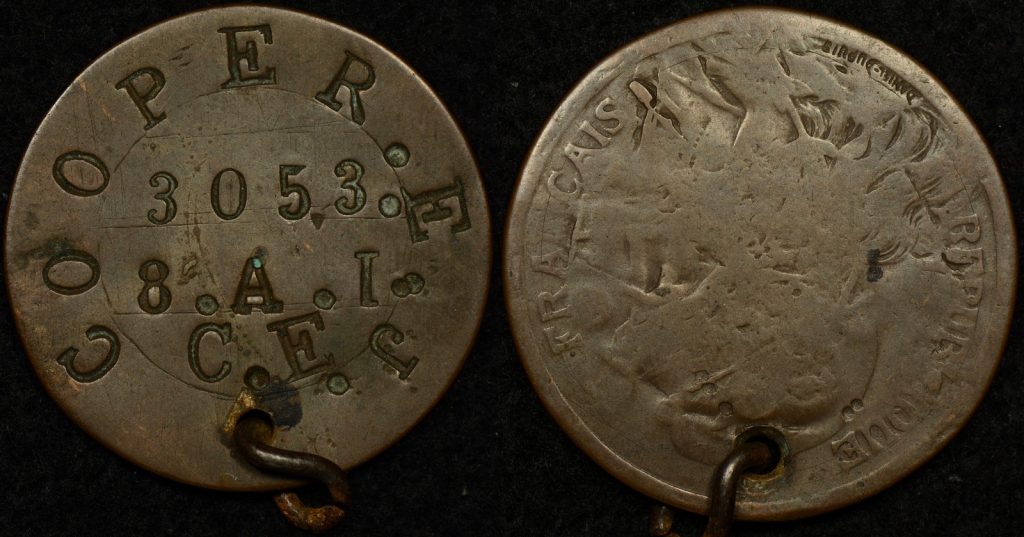 The 25 centimes is holded and looped for suspension, the reverse has been skimmed smooth and is stamped with letter punches and reads: 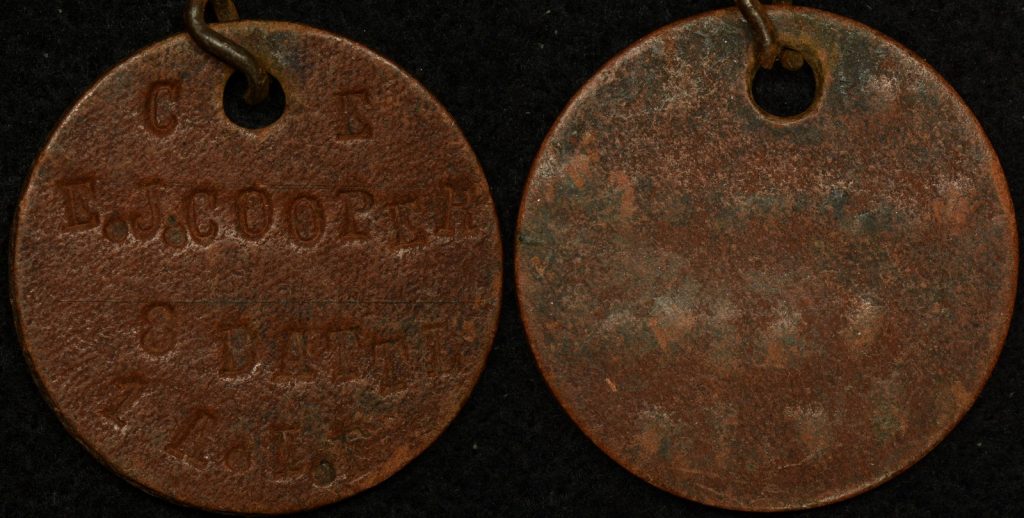 The red compressed fibre ID disc is a ‘Disc, identity, No. 2 red’ pattern disc that the AIF adopted in late 1916. It is holed and looped for suspection, one side of the disc is stamped:

The red fibre disc does not include Cooper’s regimental number. Usually this only occurs when the man was an officer as officers did not have regimental numbers. However, in this case it may have been left off in error when the disc was stamped in Europe.

Ernest John Cooper, a 27 year old Ship’s Fireman enlisted on 12 July 1915 in Melbourne, Victoria and served with the 1st Depot Battallion until 15 November 1915. At that point he was transferred to the 8th Infantry Battallion, AIF and shipped out to the Middle East on 26 November 1915. He was taken onto the strength of the 8th Battallion in Egypt in February 1916 and sent to France in March. His records for 1916 and 1917 are sparse and mention two hospital visits in 1917 with sickness and a promotion to Lance Coporal in November 1917. While E.J. Cooper was waiting to return to Australian after war’s end he appears to have been sent to cookery school in January 1919. Having survived the battlefields of Europe Cooper left Great Britain in March 1919 and arrived back in Australia on 14 May 1919. You can view Ernest Cooper’s service record here.