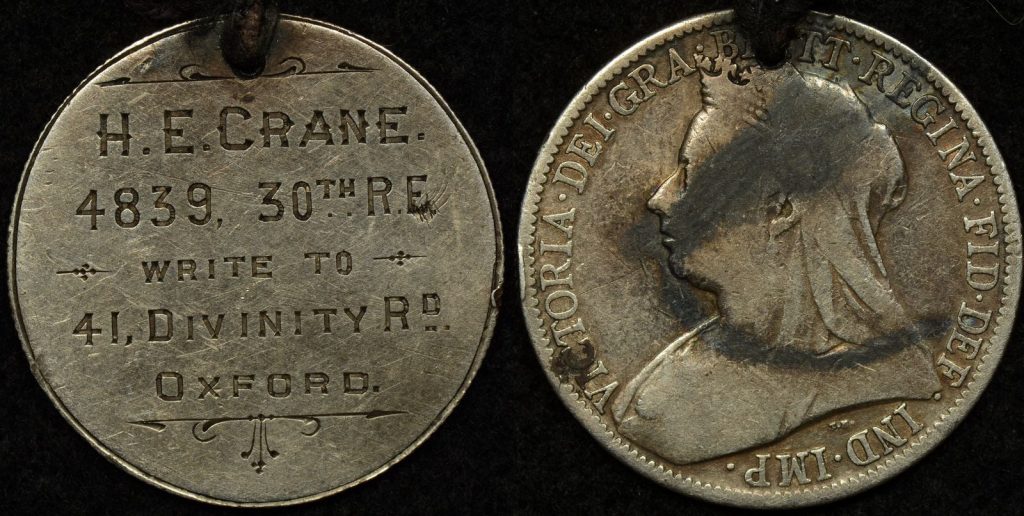 Unofficial British ID tag made from a old head Victoria florin. Reverse has been skimmed and coin holed with dark wool threaded through hole. Reverse is neatly engraved with:

Obverse of the coin is toned, probably from resting against the wool for an extended period. Note also that the “F” in R.F. appears to have been entered in error as an “E” and the bottom cross-bar crudely removed by scratching it out.

Henry Ernest Crane, was born in 1884 in Newington, London. A learned man he gained a Bachelor of Arts in modern languages and followed that with a Master’s degree. He worked as assistant headmaster at two schools, one in Bath and one in Bedford. Crane enlisted in the British Army in April 1916, just before Great Britain enacted conscription. Several sources list Crane as being part of the 9th Batallion, Royal Fusiliers. However this ID disc indicates he initially enlisted in the 30th Batallion, Royal Fusiliers. This is supported by his service number, 4839 which fits neatly into the dates suggested on the excellent Army Service Numbers website. It seems likely that he enlisted into the 30th, a reserve unit before transferring to the 9th when on active service.

Henry Ernest Crane died in the Lincoln Military Hospital on Friday 27 October 1916 from wounds received at the front. He is buried at the Lincoln (Newport) Cemetery. 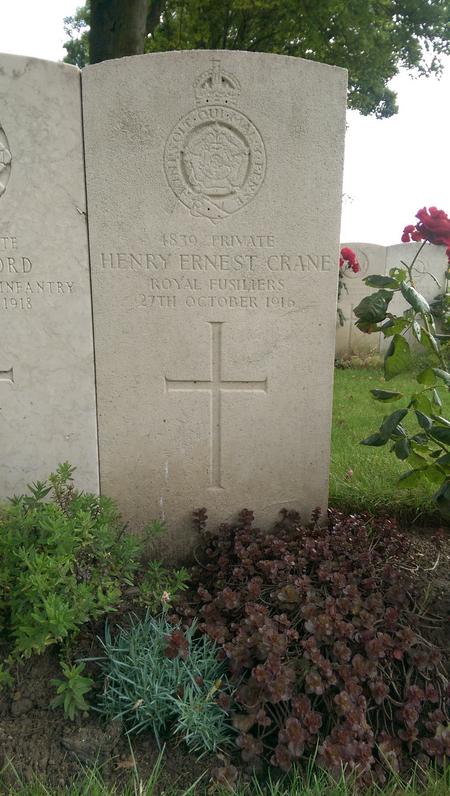 Image courtesy A Street Near You