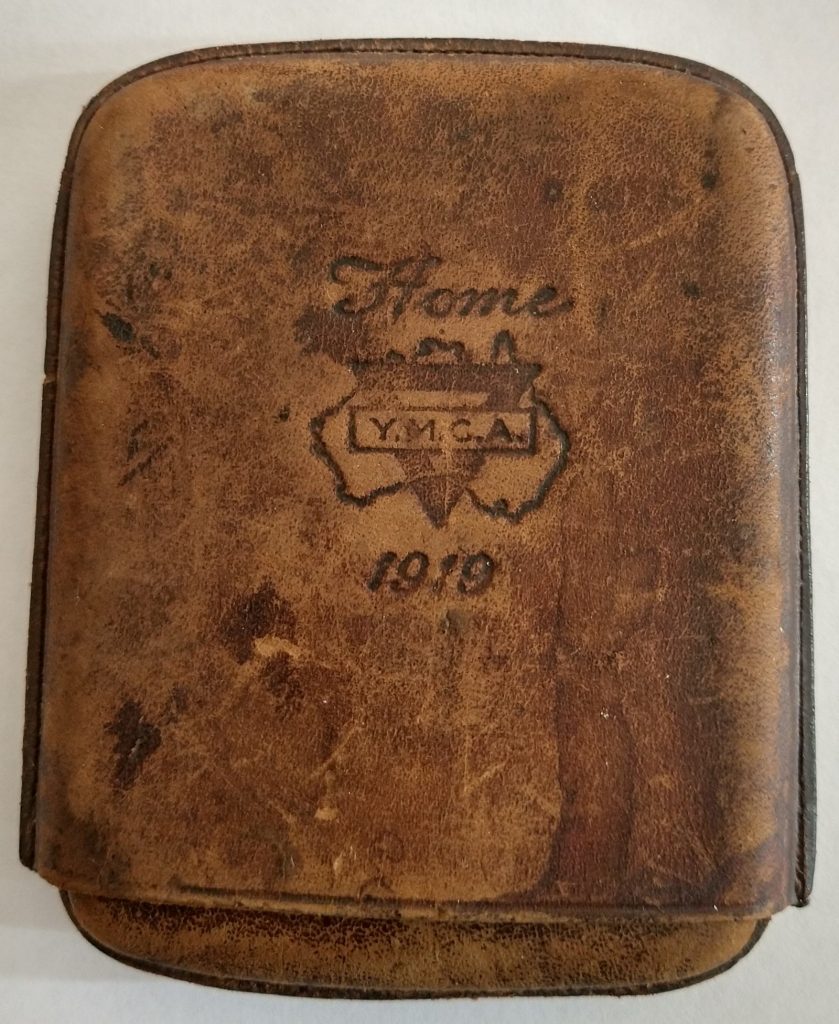 Two part leather cigarette case measuring 80mm x 100mm. Front embossed with the logo and triangle of the YMCA with HOME above and 1919 below.

When purchased the nature and origins of the object were uncertain. Using the website Trove a search was conducted and it was found that the YMCA in South Australia presented souvenir leather cigarette cases to South Australian soldiers returning from World War 1 service. This appears to have happened from mid-1919 to the end of the same year.

The Saturday 8th of November edition of the Adelaide newspaper, ‘The Mail’ on page 2 under the heading Y.M.C.A. TRANSPORT WORK reads:

The S.A. quota received the usual Y.M.C.A. issue of fruit and cigarettes and souvenir leather cigarette case on landing.

The Thursday 3rd of July edition of the Adelaide newspaper, ‘Daily Herald’ on page 2 under the heading YPIRANGA’S TROOPS LANDED reads:

The Y.M.C.A. assisted by the V.A.D. provided refreshments and presented each solider who disembarked for this State with a souvenir leather cigarette case.