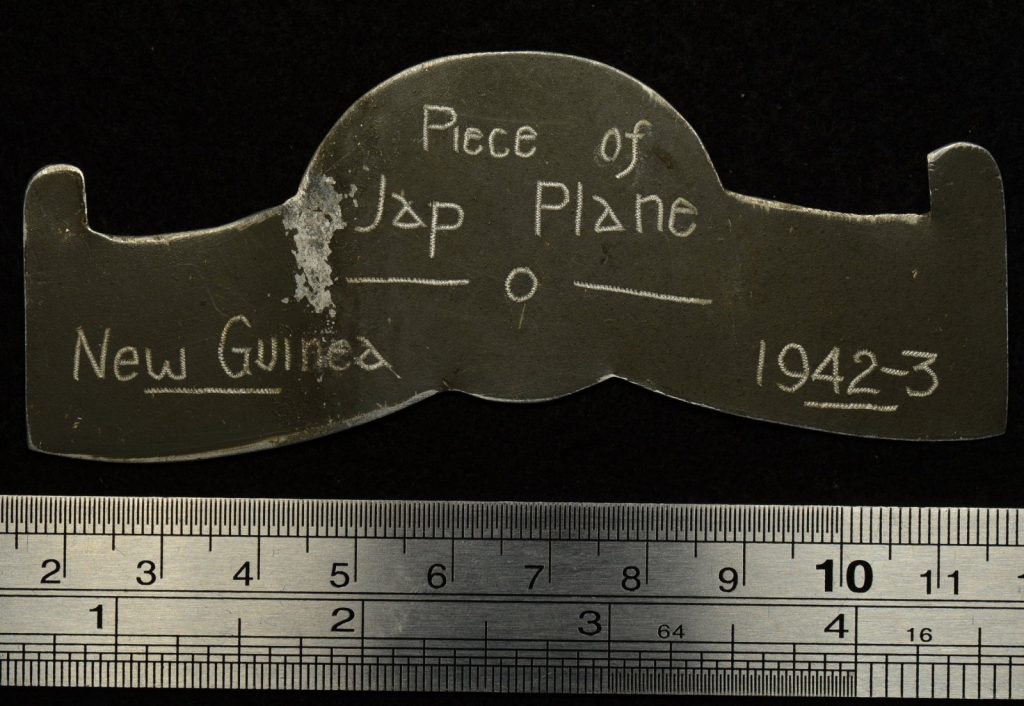 Souvenir Made from Japanese Aircraft – Back 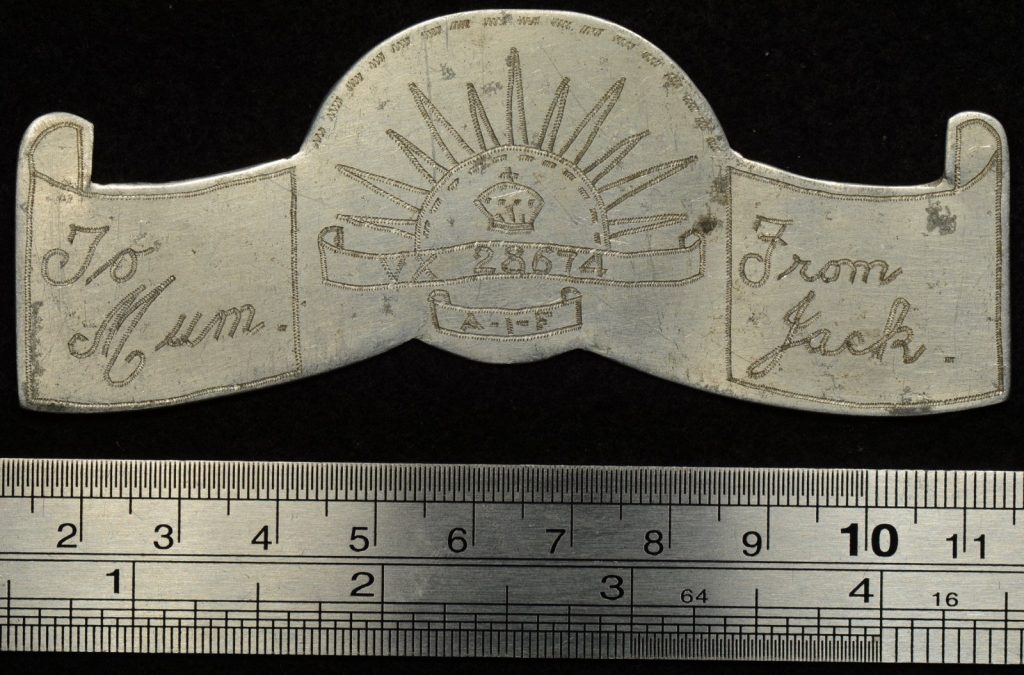 Souvenir Made from Japanese Aircraft – Front

Souvenir made from aluminium, cut into the shape of a ribbon or banner. One side raw aluminium, the other dark grey / green. Measures 100mm x 4mm and approximately 1mm thick.

The raw aluminium side is engraved with “wiggle-work” with To Mum on the left and From Jack on the right. The central area depicts an engraved Australian Rising Sun with VX 28674 on a banner at the bottom of the rising sun and A-I-F below.

The painted side is also engraved with “wiggle-work” exposing the raw aluminium. The inscription reads:

The National Archives of Australia record the Australian Army service number VX28674 as belonging to Lionel Jack Driscoll. Driscoll was born in 1915 enlisted in the Australian Army in 1933 in St. Kilda, Victoria and served for 3 years under the army number 319462. He appears to have re-enlisted for World War 2, the service number VX28674 indicates he enlisted in Victoria. Driscoll’s WW2 records are not digitised and at this point we know nothing more of the man. 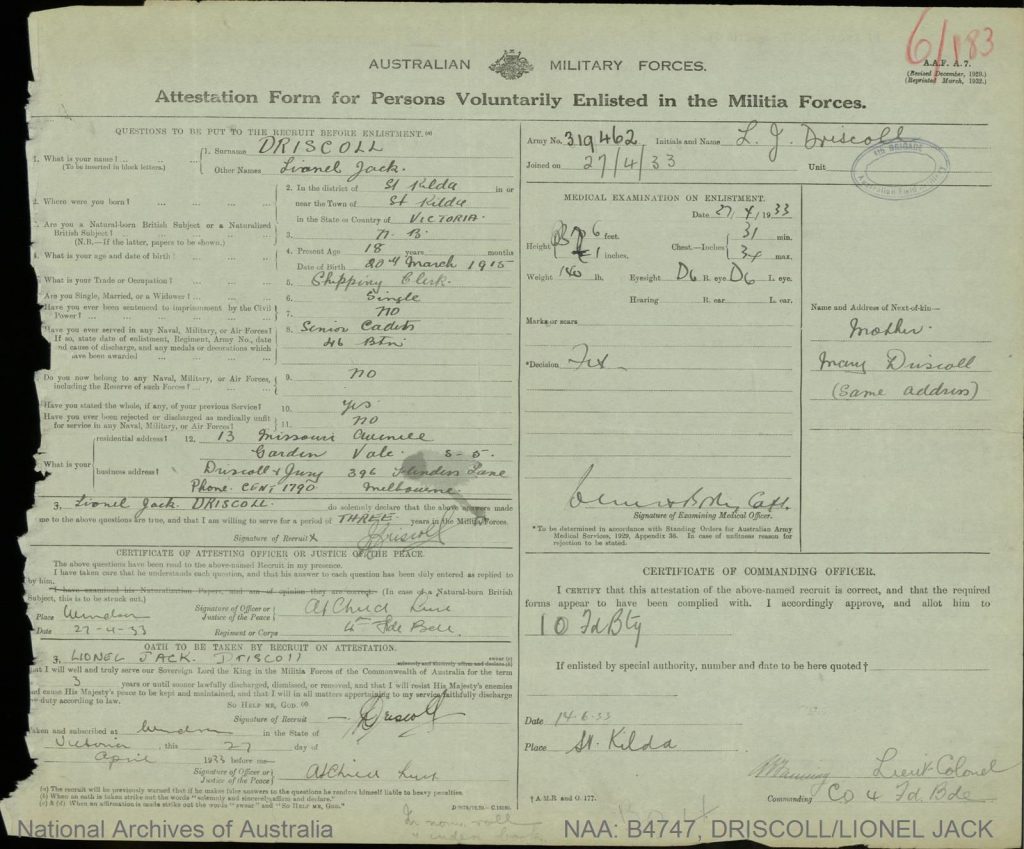