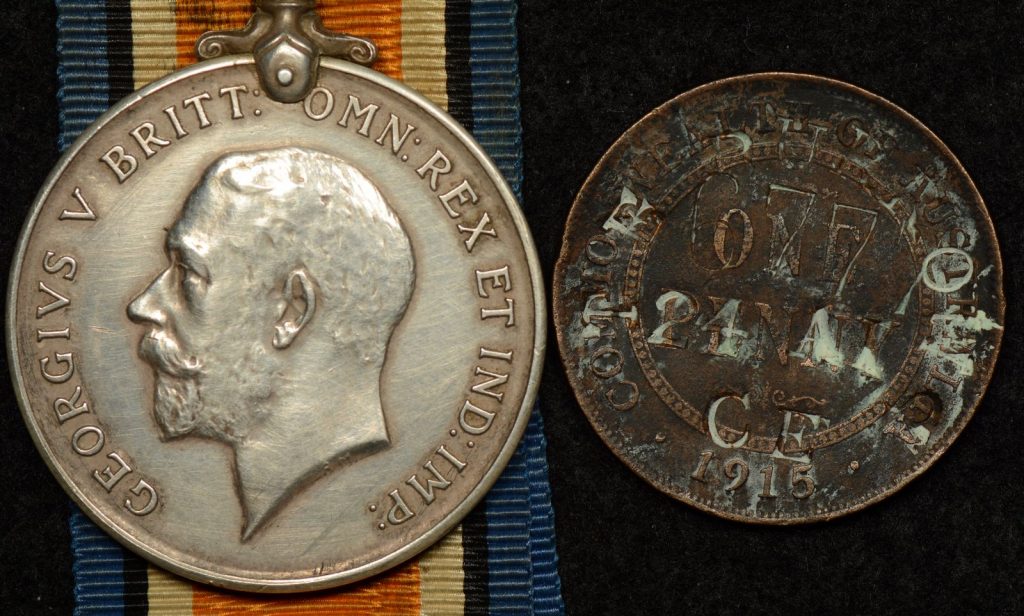 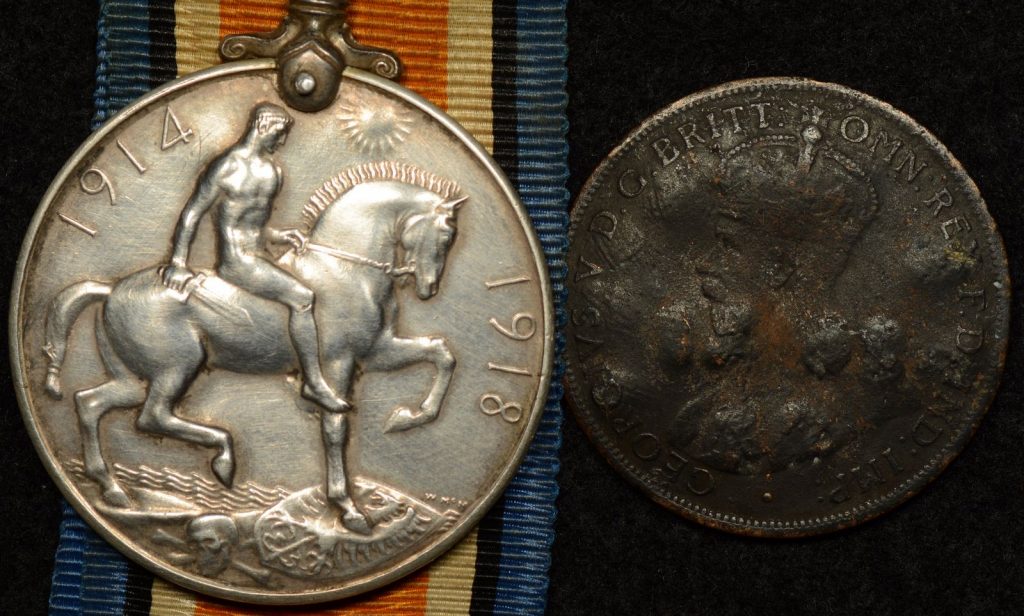 Unofficial World War 1 AIF ID disc made from an Australian 1915H penny. Reverse has been crudely punched with:

Also with the disc is a British War Medal with original ribbon. The BWM is correctly impressed on the edge with:

The pair is exceptionally unusual as it is the first impromptu ID disc we’ve seen with an associated military medal.

Thomas Edwin Burrows, service number 6777 enlisted into the AIF on 20th of August 1917 in Melbourne, Victoria. In November he embarked on the HMAT Nestor for the voyage to the battlefields of Europe. He disembarked in the Suez and two weeks later boarded the ship Abbassetah before finally arriving in Southampton, UK on the 24th of January 1917. Burrows spent 3 months in the UK before shipping out to France in April 1918. Interestingly during that time his records indicates that the “A” was added to his service number “owing to duplication”, his service number becoming 6777A.

Arriving in France a few days later Burrows was taken onto the strength of the 24th Battalion. He was gassed in July 1918 and taken to a field hospital, transferred 2 more times to other care facilities before returning to his unit on 28 September 1918. Less than two weeks later Thomas Edwin Burrows was wounded in action in the field and died of his wounds on 5 October 1918. This was probably during the attack on Montbrehain which was the last action that the 24th BTN conducted in the war. Sadly Ingram died just over a month before the end of the Great War. His memorial plaque was delivered in July 1921 and signed for by J.W. Burrows (his father). Burrows is buried in the small British Commonwealth Calvaire Cemetery about 14km north-east of St. Quentin in France. 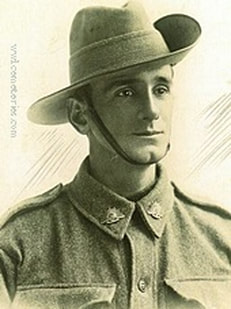 Above you can see what is purported to be a portrait of Burrows as found on https://www.ww1cemeteries.com/calvaire-cemetery.html.