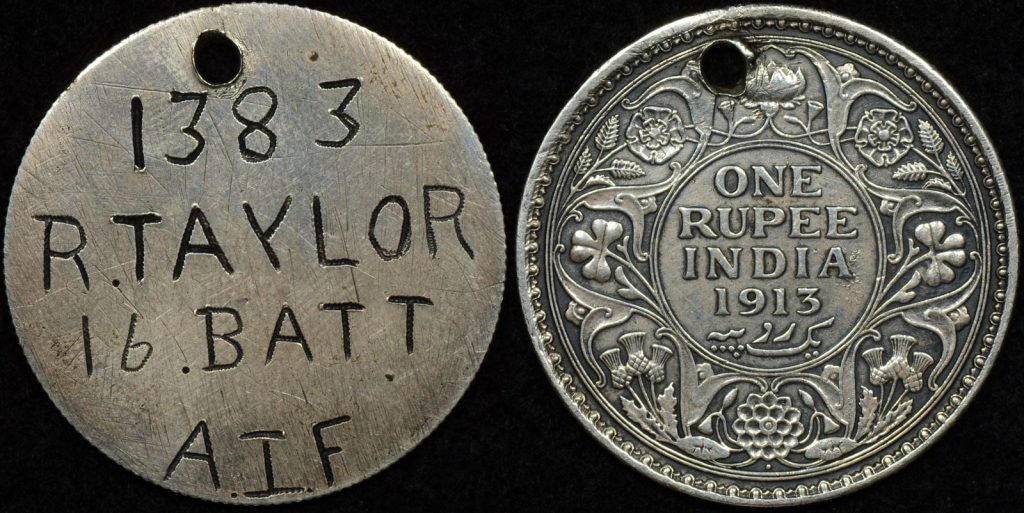 Impromptu World War 1 AIF identity disk made from an Indian 1913 Rupee. Reverse of the coin has been flattened and the top holed. The reverse is crudely engraved:

Rowland Taylor, service number 1383 enlisted for the AIF in 1914 and served in Gallipoli with the 16th Btn before being wounded in May 1915. He returned after his wound to serve again in the Dardanelles before serving in France in 1916 and 1917. He was wounded in France in April 1917 and died in hospital 4 days later. During his time in France, Taylor (and two companions) were commended for recovering wounded Australian comrades under fire, Taylor was recommended for and received the Military Medal some months after his death in combat. You can view his service record here.

His digital service records are stored in error under the service number 1353.